I'm a Regular guy, but I decided to follow my boldest Dreams.

I've been in your shoes before, unhappy with my "conventional" life. Here I want to share my experiences, failures and successes with you in order to start living your dreams too.

From Molecular Biologist to Rockstar Photographer to Dream Developer

I mention all this here, just to clarify that when I talk about living my dreams, I do so from actual experience. I'm not saying that living your dreams is easy (actually it's not), but I am inviting everyone, who wants to transform her/his life to learn more about Dream Development by clicking here.

On My Way To Becoming a Researcher

I started my career as a molecular biologist at the AKH in Vienna, Austria. I got a prestigious scientific stipend for my Ph.D. thesis and collaborated with the best labs in the world, such as the Salk Institute in San Diego.

All was set for a bright scientific future, but 2 years into my Ph.D. thesis, an inner feeling told me something was wrong.

My projects didn’t work as expected, I spent long hours in the laboratory including weekends - my colleagues even went back to the lab after enjoying a Badly Drawn Boy concert together at 2 am! My motivation declined, but I had no idea what I could change! I had worked so hard to reach this point in my career and now I was feeling "disconnected" and not happy anymore? What was wrong with me? 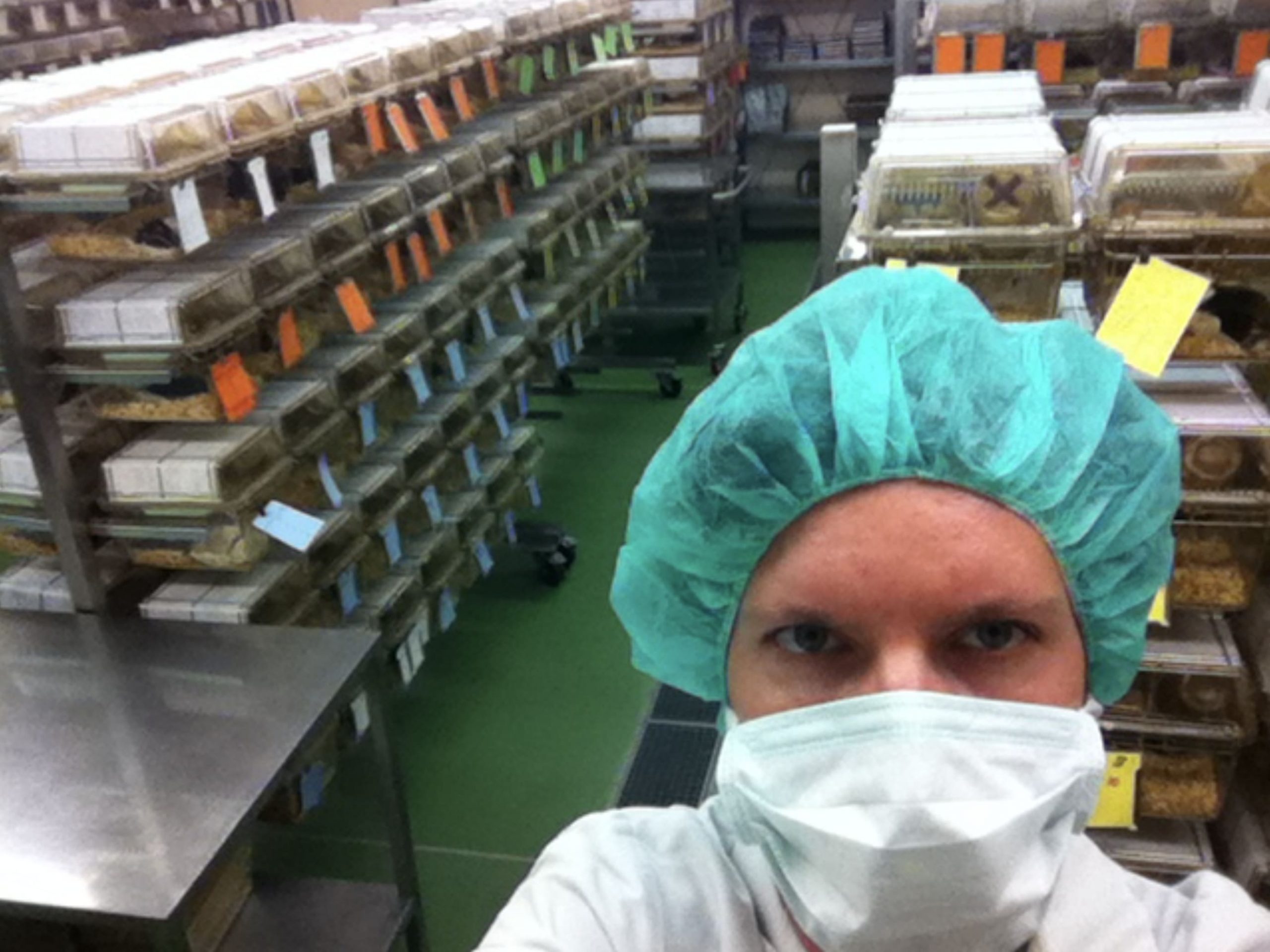 During my Ph.D. studies at the university of Vienna

Then, as I was riding my bike to work, I had a “vision” (now I know that this was my unconsciousness trying to figure out a way to escape my daily working routine). An inner voice said, “Why don’t you combine your loves of music and photography and become a concert photographer?”

Music always played a big part in my life. At 15, I went to my first Guns N Roses concert with my mum & dad and this memorable event changed everything for me. I wanted to become a Rockstar. Unfortunately this never happened.

When I was 28, I bought my first digital camera and started to take photos of flowers, landscapes and portraits. I liked snapping photos, but never have imagined I could make a career out of it.

The day I received my Ph.D. degree, after 9 years of hard study, I decided to follow my two passions of music and photography instead.

I had no experience of being a self-employed creative and I had never attended a photography or business class. However, this inner dream to work with my favorite rock bands kept me pushing through the fear and the obstacles to reach my goal. 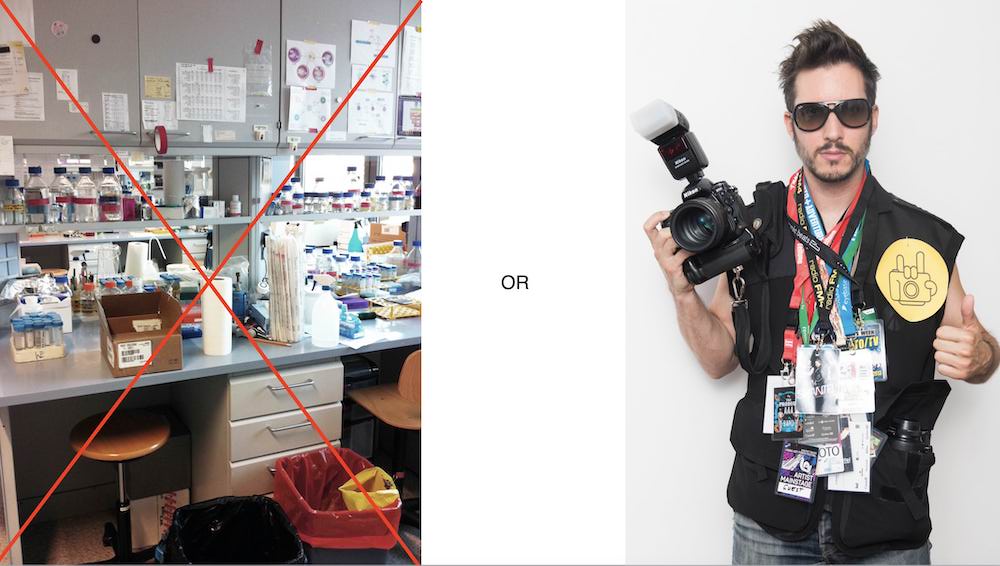 One of the hardest decisions I have ever made

Here I was - a former researcher and self-employed photographer, who had to make as many mistakes as possible in order to learn about how the business as a creative works.

I started to shoot bands in small clubs in Vienna and I was lucky enough to get hired by a small student online magazine called, “FM5”. They provided me with access to bigger shows and I was able to build my Portfolio.

I can remember shooting TV On The Radio, my first well-known band and from that moment on, I was struck with the concert photography virus.

Shortly after I started as a concert photographer, I got the opportunity to work directly with Fatboy Slim, which opened a totally new world for me. I had backstage access, I could take portrait photos of my favourite idols and was joining them on stage to capture their show.

I became an international music photographer, shooting the well-known bands such as The Rolling Stones, Metallica, Red Hot Chili Peppers, Iggy Pop, The Prodigy, Nine Inch Nails, and many more. I got hired by brands such as Instagram, Red Bull, Vice and LiveNation, and my work was published in The Rolling Stone Magazine and showcased in international galleries such as the Centro Cultural Borges in Buenos Aires.

I had achieved a rockstar life and my dreams finally came true, until…

Becoming A Dad (with an online business)

In 2016, my first daughter Mia was born which turned my life upside down. Shooting concerts in fucked up clubs was no longer my number one priority. I wanted to be at home for my little girl and care for her.

I have read far too many times, famous people such as Sam Walton and Steve Jobs, saying that the one thing they regretted most was that they were not there for their kids when it mattered most. This couldn't be me and I refused to believe that you couldn’t have both: a thriving career and an awesome family.

Around this time, a friend of mine gave me Tim Ferriss' “The 4 hours Workweek”, which opened my mind to new dimensions. “What can I do to automate my business and be at home with my family?”

Build an online business, from scratch, in the concert photography field. Again, I had no idea how to set up a homepage or how to build a worldwide audience.

I started with baby steps. I founded “How to Become A Rockstar Photographer”, an online platform where I posted blog posts about being a concert photographer. Soon, I realized that there were a lot of people out there who are just as passionate as I am but needed some help getting started. So I published my first e-book on my homepage, which eventually became “Shooting The Rockstars”, the first online academy for concert photographers. 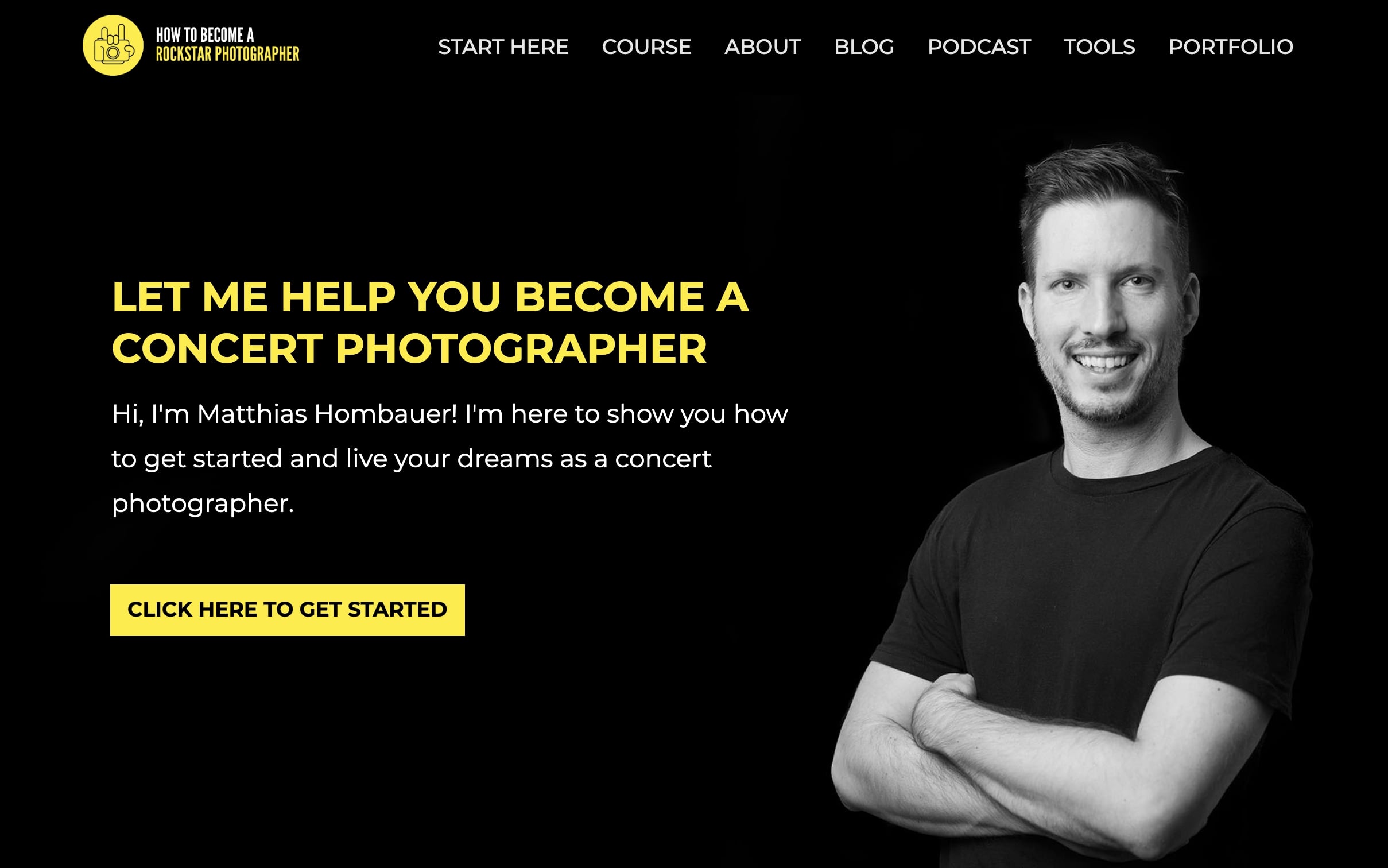 HTBARP (despite the weird name - every marketer will slap you in the face for this!) became a worldwide phenomenon with:

In 2019, Noa, my second child was born, and I was more than happy that I had already chosen the path of being a stay-at-home dad. Everybody who has two kids might know how challenging it can be, and we needed everybody’s help to deal with it.

When It All Crashed + Dream Development

I needed to come up with an alternative life plan. One striking observation I made over the years is that a lot of people found my story inspirational. This became even more evident during the COVID pandemic. More and more people started to think about their life and their purpose and dreams, including myself.

I joined CTI (the gold standard in Coaching Training) and became a Professional Co-Active Coach. This training was so mind-blowing and transformative to me and I realized that my life purpose is to help people live their dreams.

My new "Dream Development" project was born and you can learn more about it here. 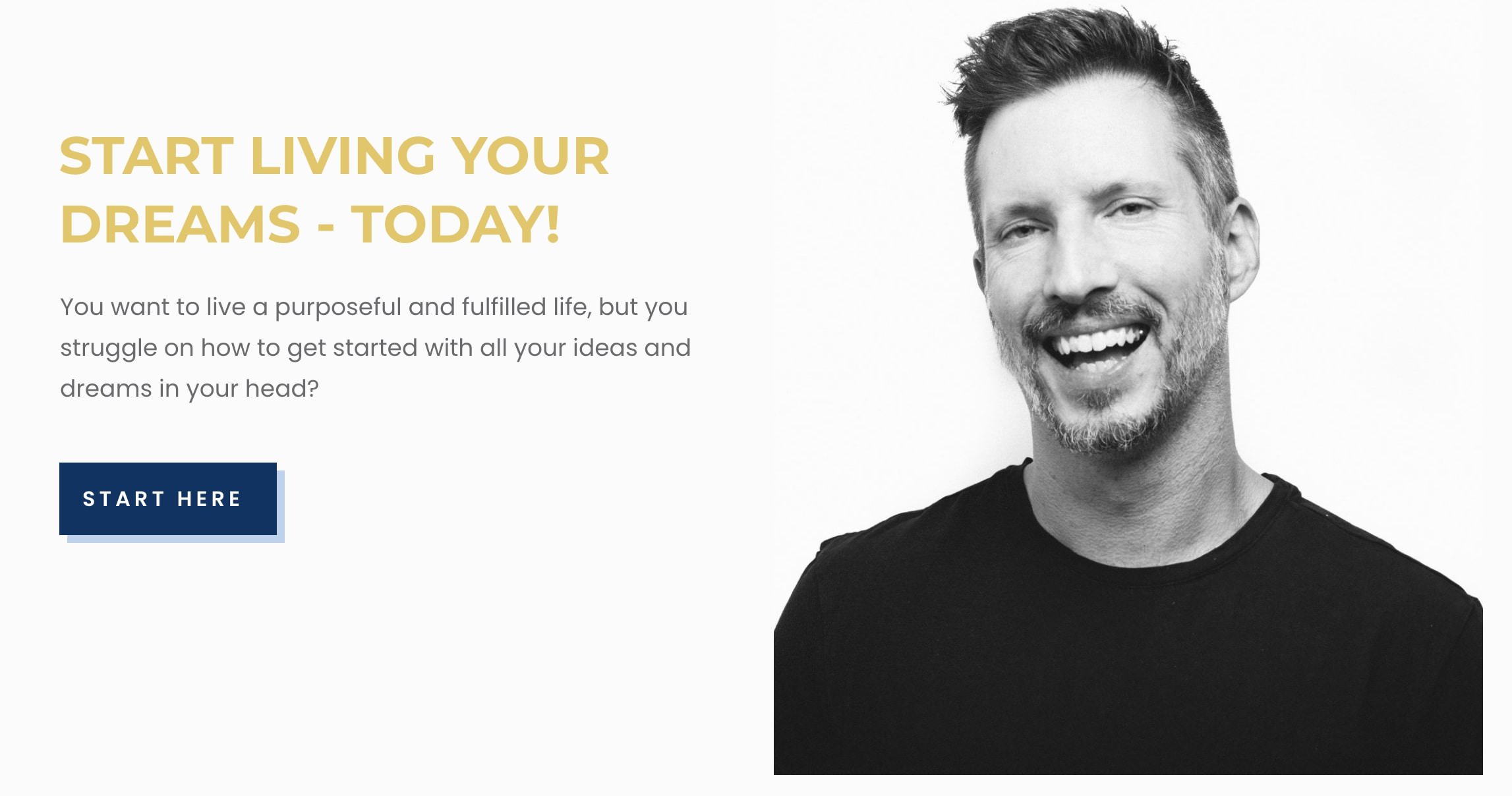 My story might seem remarkable, but it's not. I walked a path the majority of us won't travel. Who quits a safe job in the biotech industry after nine years of studying to start something different, just because of a passion? Who stops at the peak of their new career and starts a business in a completely different field (online business), without any idea of how to even build a homepage? And what crazy guy calls himself Dream Developer dan helps people live their dreams? Well, that's me.

Welcome to my homepage and I am truly believing that you can live your dreams too!

I've always believed that the best way to predict the future is to create it yourself.

Note: this website may contain affiliate links, through which the website owner receives some compensation from purchases made.